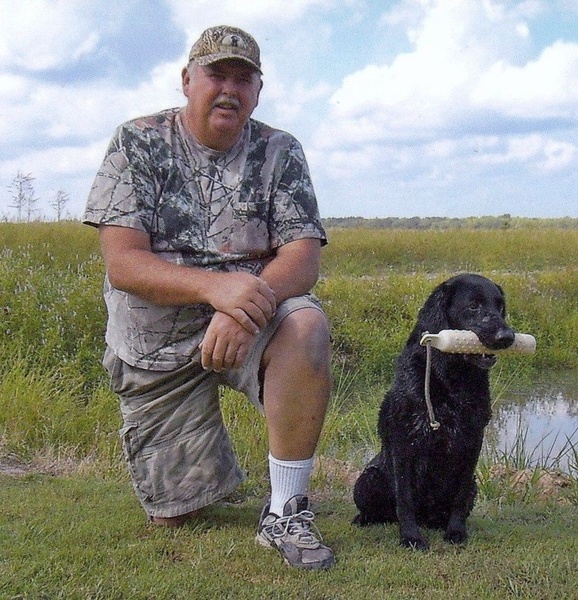 Wilson Harris “Highpockets” Clark was born on January 29, 1962 to the union of his late father, Israel Wilson Clark and his late beloved mother, Edna Murlene Clark, and he passed from this life at home surrounded by his loving family on July 12, 2021, after an extended illness.

Harris was a loving husband and father to his family and he means the world to them. He worked as a Motorman for Reading and Bates Drilling Company during the 80's for six years. After the oilfield days and being a fifth generation cotton farmer, he decided to stay off the Gulf and started Clark Farms and operated it for twenty-nine years in his hometown of Hebert. In between farming he worked as a carpenter, a cabinetmaker, furniture builder and concrete finisher. He was an avid outdoorsman. He loved to hunt, especially duck hunt, which led to his hobby, training Labrador Retrievers to, in his words, "Fetchem' Up!" He became a lifetime member of the North Louisiana Hunting Retriever Club where he served several terms as President. He also served as a Volunteer Fireman for both the Hebert and Grayson Fire Departments. Harris was a faithful member of the Hebert Community Church.

Serving as pallbearers are his two sons, Steven and Adam; his co-workers, Dave Cobb and Sammy Shipp; and his nephews, Kenny Grant and Lee Boyett. Honorary pallbearers are the men and women of the Hebert Fire Department, the members of the North Louisiana Hunting Retriever Club and Billy McClanahan.

The Clark family will receive visitors on Thursday July 15, 2021 at the chapel of Riser & Son Funeral Home, 7131 U S Highway 165, Columbia from 5:00 PM until 8:00 PM. Funeral services will be held Friday, July 16, 2021 at the Hebert Community Church at 1:00 PM with Bro. Billy Lane McClanahan officiating. There will be visitation at the church prior to the service beginning at 9 A.M. The church (formerly Hebert Church of God) is located at 696 Highway 848, Columbia, LA.

The Clark family would like to extend their gratitude to the Matriarch of the Clark Family, our Aunt Shermie, for being there at mom's time of need, also to Judy Blackwell for sitting with dad, his nurse Phil, and Dr. Hinson's office for dad's end stage care.

To order memorial trees or send flowers to the family in memory of Wilson Harris Clark, please visit our flower store.