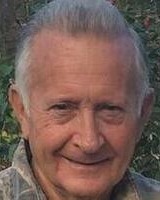 Mr. Willice was born May 10, 1944, in Winnsboro, LA to the union of the late Luther and Allene Ferguson. He loved gardening and had a huge garden. He also enjoyed the outdoors, picking and reselling all kinds of stuff, playing Wahoo and Dominos, and was known for preaching to everyone any chance he got. He worked at many jobs from T.L. James Construction to owning convenience stores and was also a butcher for many years.

To order memorial trees or send flowers to the family in memory of Willice E. Ferguson, Sr., please visit our flower store.