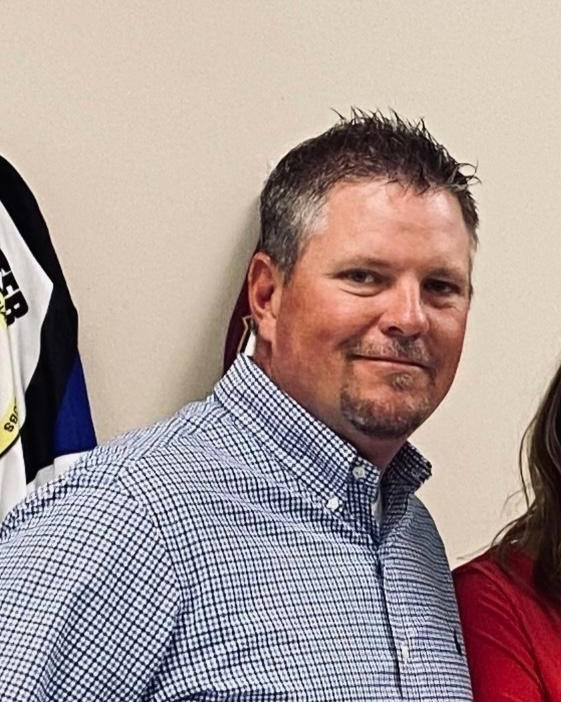 Services for William Brett Hester will be held 10:00 AM, Thursday, January 12, 2023, at Olla First Baptist Church, with Bro. Dennis Baker officiating and Greg Dunn along with Johnny Phillips assisting. Interment will follow at Olla Cemetery under the direction of Riser and Son Funeral Home, with the Visitation being held from 5:00 PM to 8:00 PM Wednesday, January 11, 2023, also at Olla First Baptist Church.

William Brett Hester was born on May 23, 1973 in Conroe, TX to the union of his parents, Bill Hester and Sandra Gough Hester, and passed from this life peacefully at his home January 10, 2023, after a brief illness surrounded by those he loved. Brett was a beloved husband, son, father, brother, uncle, nephew, cousin, and friend. Brett married the love of his life, Brandy, on April 1, 2000 and they made their home in Olla. Brett and Brandy's pride and joy are their beautiful children, Blake and Bree. Brett and his family are members of Olla First Baptist Church. Brett was a drilling consultant for Continental Resources in North Dakota. On Brett's days off he enjoyed spending time with his family and friends, hunting, fishing, golfing, and watching LSU football. Over the years Brett went above and beyond for his family, whether it was coaching ball, driving the boat for tournaments, aggravating everyone, or just keeping busy being the repairman on Hester Hill. Brett was preceded in death by his maternal grandparents, Bruce and Elaine Gough; paternal grandparents, Roland Hester and Frances Sparks; his uncle, Sammy Elliott; his cousins: Shannon Womack and Sky Dorsey; grandmothers-in-law, Athalee LaCour Coleman and Eva Steele; and his furbabies, Badger and Pepper. Those left to cherish his memory are his father, Bill Hester (Charlotte); mother, Sandra Hester; his "smoking hot wife", of over twenty-three years, Brandy Hester; a son, Blake Hester; a daughter, Bree Hester; his sister, Kristen Derr (Jacque); his aunt, Rhonda Elliott,; along with his cousin and favorite nurse, Brooke Foy, the "Heifer"; and her son, Kade Bradford; aunts: Monah Hankins, Brenda Ferguson, and Mary Lasson (Phil); uncle, Dale Hester (Cathy); mother and father-in-law, Ronny and Sherry Steele; brother-in-law, Kevin Steele; nephews: Cole Derr, Sean Derr, Cooper Derr, and Kyler Hilliard; niece, Lainey Derr; a "fur-daughter", Josie, along with a host of family and friends.

The family would like to say thank you to everyone for the prayers, food, calls, texts, visits, good stories, and just the kind words.

To order memorial trees or send flowers to the family in memory of William Brett Hester, please visit our flower store.