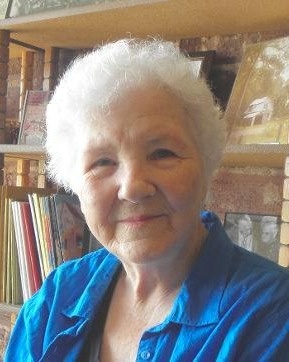 Virginia was born in 1935 to Luther and Pearl Lewis and passed away in 2022 at 86 years of age. She is survived by her four children: Kevin, Kathy, Cynthia (husband, Hoyt) and James; her six grandchildren: Jessica, Hayden, Michael, Cody (wife, Whitney), Elizabeth, and Kelli; as well as her four great-grandchildren: Violet, Hazel, Archer, and Knox.

She was preceded in death by her parents, Luther and Pearl; her brothers: Walton, Clyde, Clinton, and Luther Ray; and sisters:  Alice, Ruby, Sybil, and Darlene.

After her children left the nest, Virginia embarked on a career in writing. She moved to Branson, MO and wrote articles for tourist magazines and other publications which included interviews with the stars of the theater shows. She also created and marketed a Branson themed Trivia Game as well as a set of humorous post cards reflecting tourist life in Branson.

Ms V, as she was affectionately known in Olla, LA, had a deep abiding relationship with her Lord and Savior Jesus Christ and despite her love of Branson, she felt the Lord asking her to move back to Olla in order to help look after her brother Clinton, who was in declining health. This she did for several years until his passing.

Virginia worked for several years at the Centennial Cultural Center in Olla. She loved her job - working with the kids at summer camp, interviewing and writing stories of local legends in the area; she enjoyed chatting it up with out-of-town tourists who visited the Cultural Center and she wrote a humorous column in the local paper. After her job ended, she continued to volunteer at the Center.

Afterwards, Virginia began attending Zion Hill Baptist Church which she loved dearly and where she made close friends. When her health took a turn and she realized she could no longer be on her own, she lived her remaining time in a nursing home in Natchez, MS. She has now gone on to be with Jesus.

She will continue to be loved and remembered by all who knew her.

To order memorial trees or send flowers to the family in memory of Virginia D Lewis, please visit our flower store.