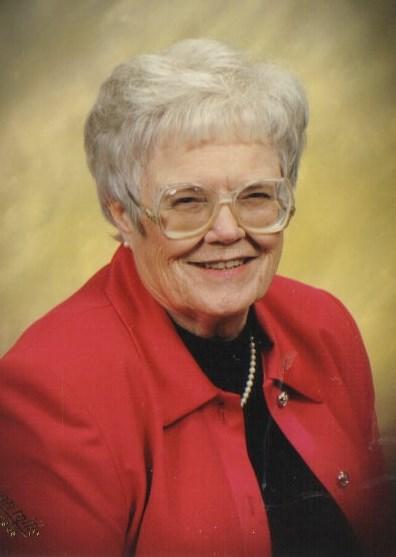 The funeral services for Violet Simpson Key, age 90, will be held at 2:00 PM Sunday, April 23, 2017 at the First Baptist Church of Columbia, officiated by Bro. Eric Harriman and with burial following at the Columbia Hill Cemetery. Visitation will be held at the Riser Funeral Home in Columbia from 4:00 PM until 8:00 PM Saturday, April 22, 2017. Violet was born in Morehouse Parish January 16, 1927 and passed away at her residence in Columbia on April 19, 2017. Violet was the oldest of three children born to John and Eula Simpson. She was preceded in death by her parents, her sister, Joyce S. Shepherd and her brother, Robert Simpson. She was married to the late Jack B. Key for 65 years. She and Jack met while she was working for the Marine Corp in Washington D.C. During WWII, even though they were both from northeast Louisiana. She is survived by her son, Joe F. Key and his wife Sandra of Columbia and her daughter Loree Robinson and her husband Eugene also of Columbia. She was a loving wife and mother, grandmother of 11 grandchildren, 31 great-grandchildren, and 11 great-great-grandchildren. She accepted Jesus as her Savior while living in Lafayette, LA and was a member of the First Baptist Church of Columbia. She sorely missed her husband and was anxious to see him and her Lord. Pallbearers will be Allen Brown, Jonathan Estep, Andy Key, Daniel Robinson, Jack Robinson, and Jason Thomas. Honorary Pallbearers will be Mark Melton, John Warner, and all the great-grandsons.
To order memorial trees or send flowers to the family in memory of Violet Simpson Key, please visit our flower store.
Send a Sympathy Card