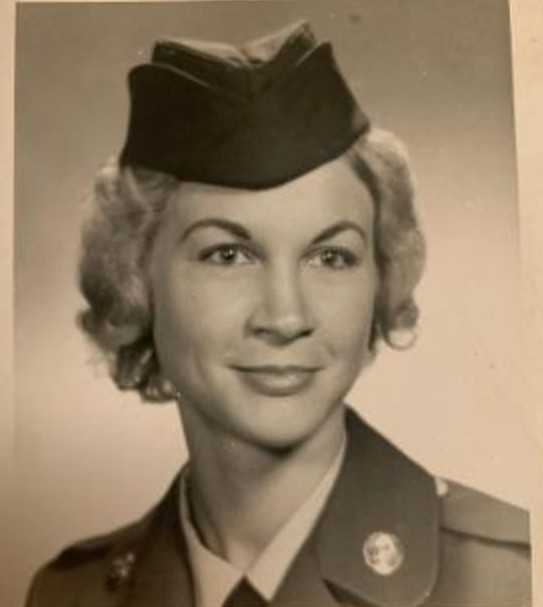 Funeral services for Vertie (Jackie) Martin Black age 80 of Columbia will be held 3:00 PM, Saturday, February 19, 2022, at Hebron Baptist Church with Bro. Todd Whittington officiating. Interment will follow in the Hebron Cemetery in Sikes, under the direction of Riser & Son Funeral Home of Columbia.

Strength and honour are her clothing; And she shall rejoice in time to come. She openeth her mouth with wisdom; And in her tongue is the law of kindness. She looketh well to the ways of her household, And eateth not the bread of idleness. Her children arise up, and call her blessed; Her husband also, and he praiseth her. Many daughters have done virtuously, But thou excellest them all. Favour is deceitful, and beauty is vain: But a woman that feareth the LORD, she shall be praised. Give her of the fruit of her hands; And let her own works praise her in the gates. Proverbs 31: 25-31.
Jackie Black entered the streets of gold and was welcomed to her heavenly home on February 15, 2022.  She was surrounded by her children and grandchildren and was holding the hand of her husband when she took her final breath.  Remember not her fight for breath, remember not the strife.  Please do not dwell upon my death, but celebrate my life.

Verite Louise “Jackie” Martin Black was born on March 13, 1941, under the union of Oscar “Doc” and Vera Martin. (Sikes, LA). Jackie was given the nickname Jack by one of her uncles, because as a child he said she was a “jack of all trades.”  She never liked the name Vertie, and chose to go by Jack, and then eventually Jackie.  Jackie was born and raised in Sikes, Louisiana.  After graduating high school, Jackie enlisted in the United States Army.  She was extremely proud of her service to her country.
Jackie was greeted in Heaven by her parents, Doc and Vera Martin, her son Paul Edward Black; her daughter Dameta Black; her grandson Paul Edward “Spanky” Black; along with a host of other family and friends.

Jackie was a perfect example of a mother’s love.  Her children and grandchildren were always greeted with open arms, understanding, grace, and love.  Her family, faith, and church were the most important things to her. She was one of a kind. She will be missed by all who knew her. Her grandchildren and children feel honored and privileged to have been raised and loved by her.  She loved unconditionally.  Jackie is survived by her loving husband of 56 years, Paul David Black; her son, Craig (Krystal); her son, Mark (Kristy); three sisters, Lillian, Lottie, and Lucille; her brother, Bud; grandchildren: Dustin Demoss, Lauren Meredith, Cole Black, Tessa Black, Forrest Nelson, Jacob Black, Eli Black, Gunner Black.  Great grandchildren: Makenzie Coburn, Cameron Black, Ashton Black, Ethan Black, Josiah Black, Jaxson Black, Ava Black, Nate Cook, Cora Cook, Maverick Cook, John Ross Cook, Luna George, Alexis Demoss, Becca Demoss, Logan Demoss, Colt Demoss, Kastyn Black, and Jett Black. And one great-great grandchild, Brent Coburn “Junior.”  And two special people whom she considered her daughters, Tina Brooks and Allison Quaid.
Family and friends will join to celebrate the life of this amazing and strong woman on February 19, 2022. The wake will be from 1 PM - 3 PM at Hebron Baptist Church, Sikes. The service will begin at 3 PM and be officiated by brother Todd Whittington. Interment will follow in the Hebron Baptist Church cemetery.  The family is asking for all food to be brought to the church that day, and for everyone to stay and eat with them.

To order memorial trees or send flowers to the family in memory of Vertie Martin Black, please visit our flower store.
Send a Sympathy Card