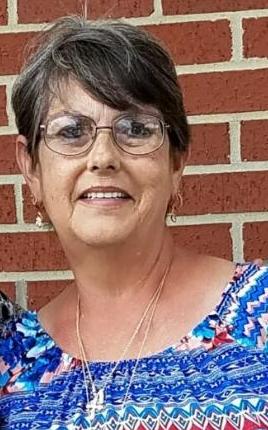 Veronica entered into her heavenly home on July 21, 2020 after fighting an illness. She was a loving wife, mother and Nana. She was preceded in death by her parents Jerry and Tommie Sanders and her brother Gerry Sanders. She is survived by her loving husband Rickey Schleuter of Olla, her four children Jason Statham and wife Kim of Dodson, LA, Michael Statham and wife Randa of Winnfield, Chad Schleuter and wife Kathy of New Iberia and Heather McGuirk and husband Phillip of Olla, LA; two brothers: Jerry A. Sanders and fiance' Tammy of Olla, LA and Terry Sanders of Olla, LA; two sisters: Jaye Sanders of Urania, and Eileen Breland of Jena; three grandsons; Gage Statham, Clay Statham and Jonathan Wilhite; three granddaughters: Jayden Mitchell, Kyria Wilhite and Harper McGuirk. Her baby (dog) Rusty and several nieces and nephews. Serving as pallbearers will be John Daniel Snody, Travis Woodward, Robby Woodward, Ron Schleuter, Joey Norton, Michael Freeman, Dexter Price. Honorary pallbearers will be Charlie Chisolm and C. J. Chisolm. Service will be at the Beulah Baptist Church in Georgetown on Saturday July 25, 2020 at 2:00 PM. Visitation will begin on Saturday at 10:00 AM at the church. Interment will follow in the Pine Hill Cemetery at Urania under direction of Riser & Son Funeral Home of Olla and Columbia.
To order memorial trees or send flowers to the family in memory of Veronica Loice Schleuter, please visit our flower store.
Send a Sympathy Card