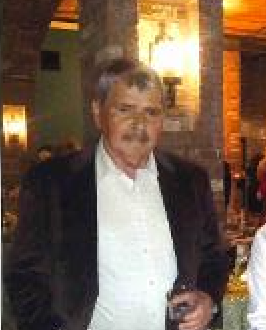 Funeral services for Tony L. Franklin, age 73 of Olla, Louisiana, will be held at 10:00 AM, Wednesday, June 8, 2022, from the chapel of Riser and Son Funeral Home of Olla, Louisiana with Bro. Johnny Phillips officiating. Interment will follow at at Old Bethel Cemetery, Clarks, Louisiana. The Franklin family will host visitation Tuesday, June 7, 2022, from 5 PM until 8 PM, at the funeral home in Olla.

Tony L. Franklin 73, was born on October 20, 1948, in Olla, LA, and passed from this life on Saturday, June 4, 2022 at his home, in Olla. Tony was preceded in death by his parents, Woodrow Franklin and Grace Franklin Harris. Tony, a loving husband, father, and grandfather loved spending time with family and friends.

Those left to cherish his memory include his wife of fifty-five years, Hilda Hyman Franklin of Olla; daughters: Lori Franklin of Olla, Najla Franklin Windham (Kevin) of Jena, his brother, Dale Brown (Mary Ellen) of Panama City, FL, a loving cousin who was more like a sister, Barbara Gregory (Bob) of Kelly LA, another loving cousin who was like a brother, Bill Norvell (Jewel) of Pleasant Hill, Missouri, his grandchildren: Noah Windham (Katie), Hunter Windham, and Dylan Windham; great-grandchildren: Lucas Windham and Anna Kate Windham, all of Jena, LA; his dog Baylee, and a host of family and friends.

In Lieu of flowers, memorials can be made to Old Bethel Cemetery Fund.

To order memorial trees or send flowers to the family in memory of Tony L Franklin, please visit our flower store.