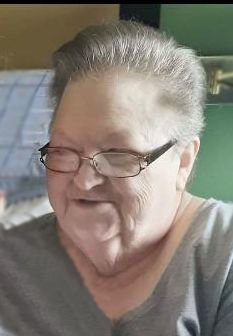 Funeral services for Ruby Louise Baum Cruse, age 69, of Lafayette and formerly of Olla will be held 2:00 PM, Saturday, October 17, 2020 from the sanctuary of Standard Baptist Church at Olla with Bro. Shad Tibbs officiating. Bro. Randy Douglas will officiate the graveside interment service at Harris Chapel Cemetery. Visitation will be at the church on Saturday beginning at 10:00 AM. Ruby Louise Baum Cruse was born on May 5, 1951 at Urania, LA to the union of her parents, Everett Houston Baum and Thelma Gladen Baum, and she passed from this life on October 12, 2020 at the Camelot Nursing Facility in Broussard following an extended illness. Louise, as she was known, was a loving wife, mother, grandmother, sister, aunt and friend to so many. She and her late husband, Bro. Bobby Wayne Cruse were married on October 11, 1968. When he was called into the ministry of the Lord Jesus Christ in the mid 90's, she helped set an example to others around her in their church and in their community, as what it meant to be a helpmate to her husband. She was loved by all who knew her and called her friend. She was preceded in death by her parents, by her husband, by a daughter Melissa Cruse; two brothers: Marvin Baum and Clarence Baum and by her sister Mary Baum Wilson. Left to cherish her memory are her two daughters: LeAnn Cruse Kepper of Lafayette, LA and Ashley Cruse Waguespack of Lafayette and Ashley's fiancee Brandon Stoker of Dallas, Texas; her siblings: Debbie Baum Denison and Wayne Baum and her aunt, Zelma Gladen Smith. She also leaves behind her precious grandchildren: Haley Kepper, Annie Ruth Braswell White, Jesse Lynn Braswell, Amber Kay McDowell, Riley Austin, Tucker Littleton and Aubree Thacker. Serving as pallbearers will be Buck Borland, Trey Borland, Lance Coleman, J. J. McCann, Jamie Chaisson and Brandon Stoker In lieu of flowers donations to the funeral home to help cover funeral expenses would be greatly appreciated. Online registry/condolences: riserfuneralhomes.com
To order memorial trees or send flowers to the family in memory of Ruby Louise Cruse, please visit our flower store.
Send a Sympathy Card