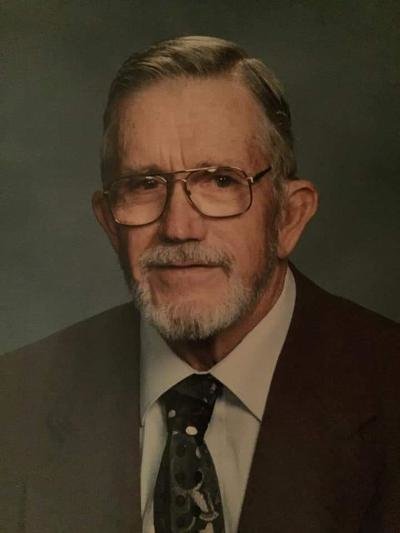 Funeral services for Rev. Glen Edward Lowery, age 89, of West Fork, Arkansas and formerly of Hebert, LA will be held on Thursday, August 13, 2020 from the sanctuary of House of Prayer International with Rev. Warren Heck and Rev. Wallace White officiating. The funeral service itself will be private. Interment will follow in the Woolen Lake Cemetery at Hebert under direction of Riser & Son Funeral Home of Columbia. The Lowery family will receive visitors on Wednesday, August 12, 2020 at the church from 5:00 PM until 8:00 PM. Glen Edward Lowery was born on August 28, 1930 at Mangham, LA to the union of his beloved parents, James Maron Lowery and Ruth Cornelia Robertson Lowery. He passed from this life on Sunday, August 9, 2020 at his residence in West Fork, Arkansas. Bro. Glen was preceded in death by his parents, by his first wife, Hilda Faye Drewry Lowery, and by his siblings: Morris Lowery, Elner Lowery, Marvin Lowery and Dorothy Lowery Fife. Bro. Glen was called into the ministry by his Lord and Savior Jesus Christ at the very young age of sixteen. He was licensed at Archibald Church of God in1953. He pastored at numerous churches here in Louisiana including churches in Archibald, Wisner, Rayville and he actually pastored at Woolen Lake Church of God at two separate times. The second time there was for a period of thirty-five years. After moving to Arkansas he ministered at the Brookstone Assisted Living for a period of twelve years. Bro. Glen was truly called by God to be a servant of the people, a job he took very seriously. He was a loving son, husband, father and brother and a friend to so many. He served on the Louisiana State Council of the Church of God for numerous years and also served as District Pastor for thirteen churches. To know him was to love him. Left to cherish a lifetime of memories and to share in the legacy he leaves behind is his wife, Penny Lowery of West Fork; his sons: Rev. Roy Lowery (Ricki) of Columbia, Terry Lowery (Linda) of Columbia, Randall Lowery (Kim) of Rayville, Jerry Lowery (Joanne) of Columbia and Dylan Nathaniel Lowery; his daughters:Destiny Danielle Lowery and Angelina Rain Lowery; his step-daughters: Selina Alise Andrews (Douglas) of New Caney, Texas, Kimberly Rae Skelton (Stephen) of Alma, Arkansas, and step-son, Raymond Matthew Bruhn of Lampe, Missouri; four brothers: Royce Lowery, Jimmy Lowery, Billy Lowery and Bobby Lowery; sixteen grandchildren and thirty-one great-grandchildren. Serving as pallbearers will be James Cooley, Stephen Skelton, Stephen Andrews, Douglas Andrews, Bryan Lowery, Jamie Lowery, Caleb Lowery, Jessie Lowery and Todd Lowery. In lieu of flowers any planned memorials may be made to Samaritan's Purse, American Cancer Society or St. Jude Children's Research Hospital. Online registry/condolences: riserfuneralhomes.com
To order memorial trees or send flowers to the family in memory of Rev. Glen Edward Lowery, please visit our flower store.
Send a Sympathy Card