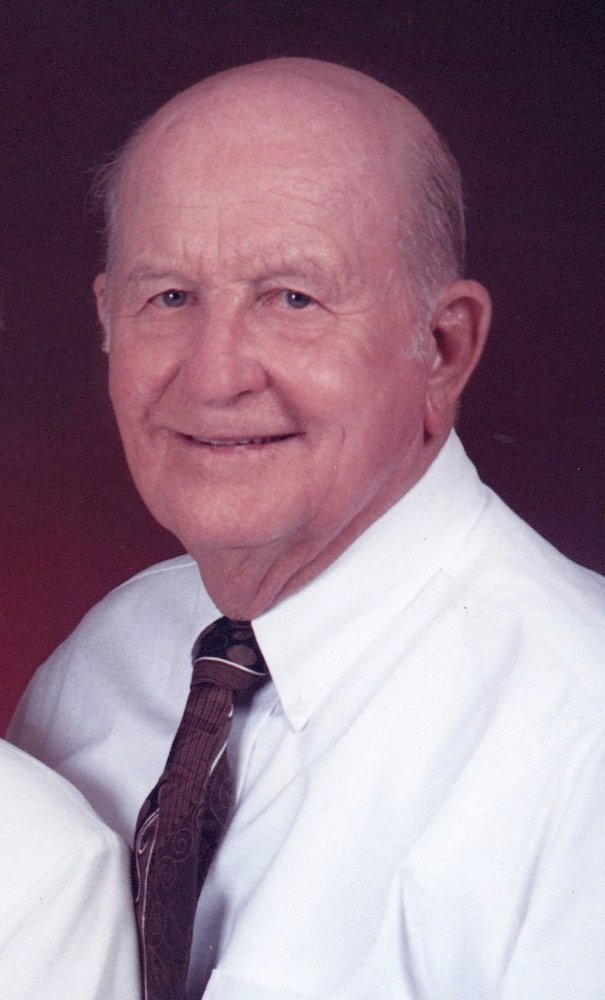 Graveside funeral services for Ray Bernard Miller age 97 of Olla will be held 10:00 AM Monday August 24, 2020 at the Olla Cemetery with Rev. Aaron Carpenter officiating. Toni Bacon will deliver the eulogy. Full Masonic Rites will be rendered in his honor. Services are under direction of Riser & Son Funeral Home of Olla and Columbia. There will be walk through visitation on Sunday August 23, 2020 at the Olla United Methodist Church from 5:00 PM to 7:00 PM. In accordance with the governor's order of social distancing, the family requests that visitors honor the use of a face mask when at the church. Ray Bernard Miller was born on October 22, 1922 at Kelly, LA to the union of his parents, Ray Thomas Miller and Lottie Ethel Humphries Miller. He passed from this life peacefully on Friday August 21, 2020 at the Winn Parish Medical Center in Winnfield. Mr. Miller was a devoted member of the Olla United Methodist Church and always provided the children with peppermints on Sundays. He loved the youth of his church and community. He was a Veteran of the United States Army having served in World War II. He was a member of the Charles F. Buck Masonic Lodge and served twelve years as the mayor of Olla. He was preceded in death by his parents and by his beloved wife, Bettie Miller and his sister: Meleese Mauterer Sellers. Ray Bernard Miller retired with Hunt Petroleum Company where he was pipeline supervisor. Simply put, to know Ray Bernard Miller, was to love him as he was a friend to all. Left to cherish his life and fond memories are his daughters: Betsy and John Honeycutt of Kelly, Jackie and David Adams of Sikes and Cinde and Jerry Lowery of South Carolina; seven grandchildren: Toni Bacon, Denise Tadsen, Todd Long, Ken Gremillion, Kimberly Rowland, Andy Honeycutt and Jeremy Lowery; and ten great-grandchildren. Serving as pallbearers will be Todd Long, John Honeycutt, Jerry Lowery, Ken Gremillion and Danny Bacon. Honorary pallbearers include David Adams and Andy Honeycutt. In lieu of flowers the family asks that any planned memorials be made to the Olla United Methodist Church Youth Department, P. O. Box 577, Olla , LA 71465. Online registry/condolences: riserfuneralhomes.com
To order memorial trees or send flowers to the family in memory of Ray Bernard Miller, please visit our flower store.
Send a Sympathy Card