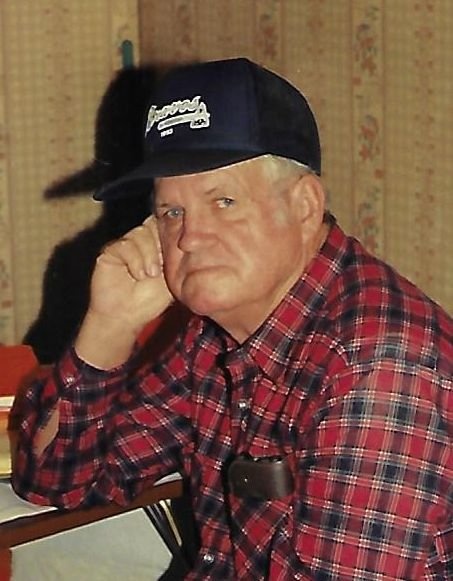 Funeral services for Millard Girod will be held at 2 PM, Thursday, September 24, 2020 from the chapel of Riser Funeral Home, Columbia, LA with Bro Warren Maxwell officiating. Interment will follow at Welcome Home Cemetery, Grayson. The family will receive visitors from 5 PM until 8 PM, Wednesday, September 23, 2020 at the funeral home. Millard Odell Girod, age 87, was born November 24, 1932 in Caldwell Parish and he passed away at the Northeast Louisiana Veteran’s Home in Monroe, LA after an extended illness. He served in the United States Army on the frontline during the Korean War. He was awarded numerous medals and commendations. He loved his country and was proud of his military service. Millard retired from Ford, Bacon and Davis where he worked as a Pipeliner Survey Crew Chief. He enjoyed working in his yard and spending time with friends and family. He loved being with his grandkids more than anything. Millard was preceded in death by his parents: Hazel Spikes and Alon Girod; his brothers: Alon Girod, Aubrey Girod, and half-brother Bo Spikes; sisters: Belle Poole and Virginia Ward, and grandson, Randy Allen Girod, Jr. Those left to cherish his memory are his wife of 59 years, Carolyn Girod of Columbia; sons: Randy Girod of Columbia and Mark Girod (Ellen) of Ringgold, GA; daughter, Gayla Harrelson of Columbia; grandchildren: Brandy Swain (Jamie), Rainy Harrelson (fiance’, Cameron), and Gabe Harrelson, all of Columbia, Lexie Rouhotas (Adam), Haley Waller (Scott), and Mallory Girod all of GA; great-grandchildren: Laney, Gracey, Emylie and Raylee Swain, Reed and Wren Beckley; as well as, numerous nieces and nephews. Serving as pallbearers will be Dean Hart, Ricky Hart, Cameron Beckley, Terry Johnson, Jason Anderson and Gabe Harrelson.
To order memorial trees or send flowers to the family in memory of Millard Odell Girod, please visit our flower store.