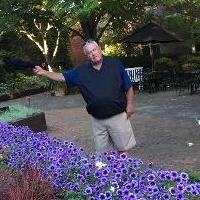 Graveside funeral services for Millard Darrell Delcoure of Riviera, TX will be held 10:00 am Tuesday, August 18, 2020 at Old Bethel Cemetery in Clarks, Louisiana. Millard Darrell Delcoure was born on August 4, 1935 in Clarks, LA. He quietly passed away on August 14, 2020 in Corpus Christi, TX. Darrell was a kind and loving man who always had a smile on his face and followed with the good disposition of a southern gentleman. He honorably and proudly served our country in the Air Force during the Korean Conflict. Darrell's work, later in life, took him around the world where he never met a stranger and was beloved by everyone he knew. He enjoyed being with his family, frying catfish on the back porch, golfing, watching sports, and of course, was a loyal fan of his LSU Tigers and Houston Astros. Darrell is preceded in death by his first wife, June Lorue Marino Delcoure (1992) and his parents, Bill Delcoure (1986) and Cloyce Delcoure (1999). Left to treasure his memory is his wife of 27 years Natasha Delcoure; his daughter Tracey Delcoure-Housley and husband Dennis Housley; his son Matthew Delcoure and wife Leigh Ann Rowe Delcoure; his grandchildren: Leslie Dyan Neal, Ryan Delcoure, and Aaron Delcoure; great-grandchildren: Austin Grubbs, Carlie Dannehl, Grayson Delcoure, and Finnley Delcoure, extended family and many, many good friends.
To order memorial trees or send flowers to the family in memory of Millard Darrell Delcoure, please visit our flower store.