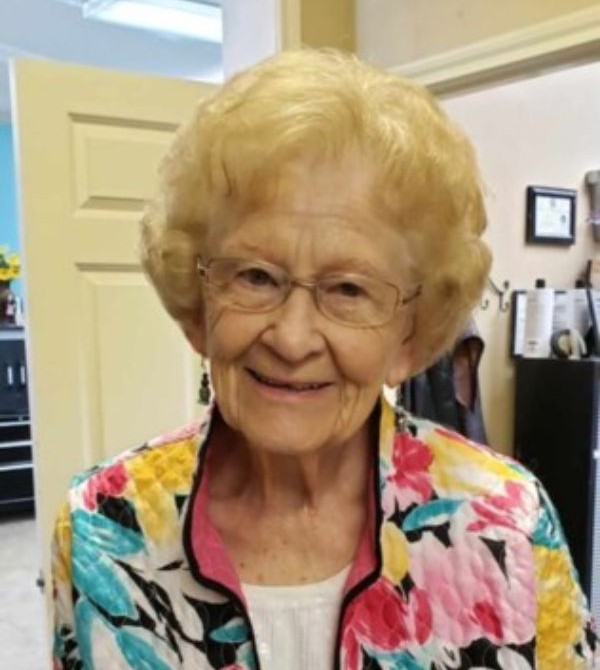 April 22, 1927 - April 21, 2022 Mildred was born in Columbia, LA from the union of John B. Fluitt and Georgia M. Smith, and was the baby of 9 children. She was spoiled a little by her mother who rocked Mildred in her lap until her feet touched the floor. She attended Columbia High School and played basketball at Northeast Louisiana University in Monroe. She married Herbert A. Etier and bore 2 daughters. They lived in several locations in Louisiana and Alabama. Herbert preceded her in death while living in Lake Charles, LA. She moved back to Columbia, LA where she met and married Rev Mimns S. Robertson. Mimns had 6 children at that time and Mildred loved them as her own. A year later Mildred and Mimns had a son which made her a mother of 9 children. They lived in several towns and cities in Louisiana and later moved to Texarkana, TX in retirement where Mimns preceded her in death. Mildred had 28 grandchildren and 50 great grandchildren, multiple great great grandchildren, many nieces and nephews. She was loved by all and showed her love to all whether family, friends or strangers.

Mildred loved the Lord and He blessed her with many gifts. She was a great cook and especially loved cooking for her family. Some of her more prominent gifts were singing in the choir, sewing, crocheting, needlepoint, painting and creating beautiful gardens. Mildred was especially known for creating dolls. The dolls ranged from classic rag dolls to intricate porcelain dolls and Mildred was often referred to as the Doll Lady.

Mildred remained in Texarkana near her family until her bodily death, just one day short of her 95th birthday, when she went home to be with the Lord. She lived a long and blessed life committed to her family and to God.

Fond memories and expressions of sympathy may be shared at www.eastfuneralhome.com for the Robertson family.

To order memorial trees or send flowers to the family in memory of Mildred A. Fluitt Robertson, please visit our flower store.
Send a Sympathy Card