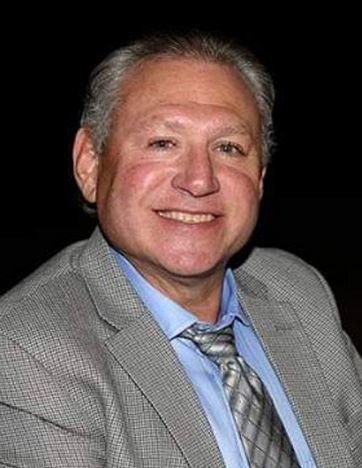 Funeral services for Mark Henry Moreno, age 57, will be held Friday, March 13, 2020 at 10 AM from the sanctuary of Grayson Baptist Church, Grayson, Louisiana with Bro. Aaron McGuffee officiating. Interment will follow at Mt. Pleasant Cemetery west of Columbia, Louisiana. Visitation will be held at Riser and Son Funeral Home, Columbia on Thursday, March 12, 2020 from 5 PM until 8 PM. Mark Henry Moreno was born August 24, 1962 in Anchorage, Alaska to the union of his parents, Clarence Henry Moreno and Virginia Wassenmiller Moreno, and he passed from this life to his heavenly home on March 10, 2020 in Natchitoches, Louisiana after a brave battle with cancer. Mark was preceded in death by his parents and his son, Clint Moreno. Mark graduated from ULM with a degree in Agri-Business. He went to work for UPS and worked there for 22 years. He currently was employed with Terrell River Service and loved working there. He was an active member of Trinity Baptist Church in Natchitoches, LA. He enjoyed working with the youth and young people as well as singing in the choir. Mark was outgoing and selfless with a big, kind heart. He loved his family, especially his grandchildren. He will be greatly missed by all who knew him. Those left to cherish his memory are his wife, Violet Waggoner Moreno of Natchitoches, LA; his daughter, Casey Moreno of Grayson, LA; sons: Cole Moreno (Kayla) of Josephine, TX and Austin Moreno (Brady) of Boyce, LA; step-daughter, Lexie Pitre (John) of Alexandria, LA; step-son, Bob Daily (Denise) of Deville, LA; sister, Lori Washam (Mike) of Hebert, LA; brother, Duane Moreno (Lisa) of Saline, LA; grandchildren: Xander Moreno, Ozzy Moreno, Aria Moreno and a third grandson on the way; five step-grandchildren, one step-great-grandchild, one aunt and a host of nieces, nephews, cousins and friends. Serving as pallbearers will be Mike Washam, Curtis Ransbottom, Don Pospisil, Ted Maxfield, Randy Etheridge, Darren McGuffee, David Beard and Kelvin Durr. Honorary pallbearers are John Waggoner, Homer Waggoner and Paul Pierroni. In lieu of flowers, the family requests donations be made to Trinity Baptist Church, 527 Howard St., Natchitoches, LA 71457-6105 or Grayson Baptist Church, 915 Hwy 850, Grayson, LA 71435.
To order memorial trees or send flowers to the family in memory of Mark Henry Moreno, please visit our flower store.