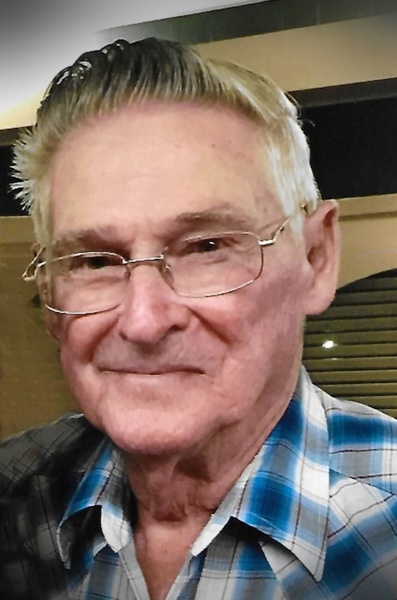 Funeral services for Marion Eugene May, age 89, of Columbia will be held at 2:00 PM, Saturday, February 27, 2021 from the Columbia chapel of Riser & Son Funeral Home with Bro. Mike Green officiating. Interment will follow in the Fellowship Cemetery. Visitation will be on Saturday beginning at 12:30 until time of service at the funeral home. Mr. May was born on November 17, 1931, in Caldwell Parish to the union of Marion Mayfield May and Odessa Stamper May and died on Monday, February 22, 2021 at Citizens Medical Center in Columbia. At the age of 17 he enlisted in the United States Air Force and proudly served his country from June 7, 1949 to November 29, 1952 as a Staff Sergeant during the Korean War. He was a retired welder and was a member of the Plumbers and Steamfitters Local 141-Monroe/Shreveport with fifty-two years of service. He had a great love for hunting and fishing and loved working in his garden. He was an avid New Orleans Saints fan. He loved Drew Brees and Taysom Hill - his favorites. He never met a stranger and would do anything he could for everyone he knew. He loved his family, friends, co-workers, grandchildren and great-grandchildren. He is preceded in death by his parents; his sister and brother-in-law, Nelda and Harold Griggs; his brothers: Waylon May, Everette May and Al Francis; great-grandson, Christopher Hall; and daughter-in-law, Leslie May. He is survived by his wife of sixty-seven years, Charlene May; his daughters: Monica May Mann (Bobby) of West Monroe, Teri May Hall (Terry) of Vixen; son, Marion Eugene “Gene” May, Jr. of Clifton, Tennessee; sisters: Gloria Herrington (Lowery) of Vidalia, Louise Powers (Earl) of Winnsboro and Yvonne McKeithen of Baton Rouge; sisters-in-law: Pat May and Mary May; his grandchildren: Kim Hall Knight, Chris Hall, Amber Mann Blocker, April May Duke, and Arvenia May Cunningham; great-grandchildren: Allison Parker, Daniel Duke, Ansaley Duke, Brody Hall, Nicholas Hall, Robbie Cunningham and Lily Cunningham. Serving as pallbearers will be Micheal Blocker, Chris Duke, Kevin Knight, Marion Keith May, Gaylon May and Joey Roberts. Honorary pallbearers include George Word, Daniel Duke, Chris Hall and Kenneth Weaver. Online registry/condolences: riserfuneralhomes.com
To order memorial trees or send flowers to the family in memory of Marion Eugene May, Sr., please visit our flower store.