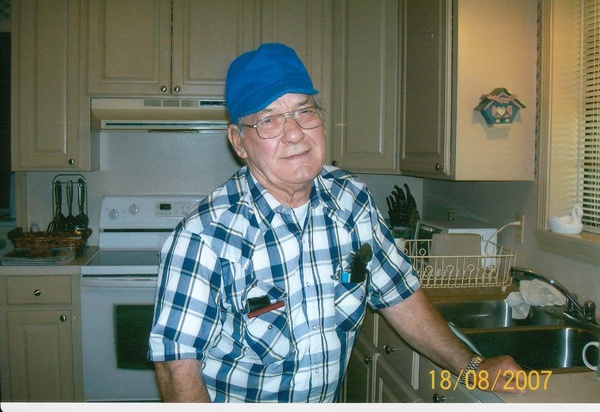 Funeral services for Lesley Marlon Word, Jr. age 83 of Columbia will be held 2:00 PM Wednesday August 5, 2020 from the Columbia chapel of Riser & Son Funeral Home with Rev. Eric Harriman and Rev. Jack McKeithen officiating. Interment will follow in the Old Bethel Cemetery at Clarks. Visitation will be on Tuesday August 4 at the funeral home from 5:00 PM to 8:00 PM. Lesley Marlon Word, JR was born on November 22, 1936 in Mobile, Alabama to the union of his parents Lesley Marlon Word, SR and Rosie Louise Brister Word and he passed from this life on Friday July 31, 2020 at his residence following an extended illness. Lesley was a welder. He was preceded in death by his beloved wife: Betty Lou Legg Word, by his parents; by two sons: Richard Marlon Word and Kenneth Scott Word, by his sister Pat Word Allbritton, by his brother; Phillip Word; and by his in-laws: Richard and Vergie Inez Legg. Left to cherish their dad's memory are his two daughters: Sherry Ann Word and fiancee' Gary Brown JR of Columbia and Vickie Lynn Word of Columbia and nine grandchildren and seven great-grandchildren. Serving as pallbearers will be Bradley Barnes, Joshua Barnes, Eric Barnes, Phillip Ray word, Nicholas Word, Dillon Word and Lance Legg.
To order memorial trees or send flowers to the family in memory of Lesley Marlon Word, JR, please visit our flower store.