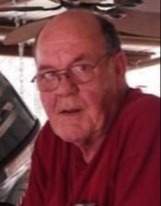 Graveside services for Larkin Jones, age 75 of Urania, will be held at 2:00 PM, Sunday, August 28, 2022, at the Urania Cemetery with Bro. Elzie Ray Johnson officiating. Services are under the direction of Riser and Son Funeral Home, Olla.  A visitation for friends and family will be held prior to the service from 12:00 PM until 1:45 PM, Sunday, August 28, 2022, at the Olla Chapel of Riser and Son Funeral Home.

Larkin Jones was born November 20, 1946, to the union of his parents, Audie Ruth Boyd Jones and James Edward Jones, Sr., and he passed from this life August 23, 2022 at his home in Urania surrounded by his loving family. Larkin proudly served his country in the U. S. Army in the Cavalry Division. After his time in the service he worked in the oilfield until he retired. He was an avid fisherman but he was also avid in his quest for the perfectly mowed yard. He was a big fan of Bluegrass music. He really enjoyed cooking and having friends and family over to eat. While Larkin enjoyed all these things they were nothing in comparison to the joy he found in spending time with his grandchildren and great-grandchildren. He adored and loved each and everyone of them. Larkin was preceded in death by his parents; sister, Hilda Marie "Sue" Brooks; and brothers: William Lott "Sambo" Jones, Jerry Jackson Jones, and Harry Joe Jones.

To order memorial trees or send flowers to the family in memory of Larkin Jones, please visit our flower store.