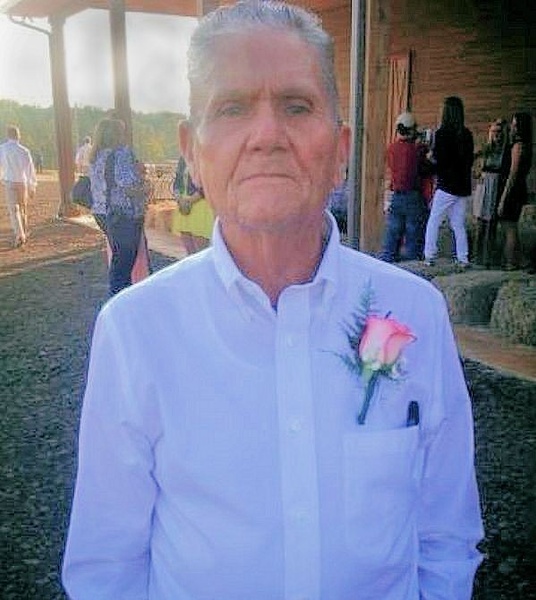 Funeral services for John Wesley May, Sr., age 85, of Grayson, Louisiana will be held at 11 AM, Saturday, June 12, 2021 at Outreach Baptist Church, Columbia, LA with Bro. Shane Duke officiating. Burial will follow at Hickory Springs Cemetery, Cotton Plant, LA under the direction of Riser and Son Funeral Home, Columbia. A visitation will be held at the church on Friday, June 11, from 5 PM until 8 PM.

John Wesley “J.W.” May, Sr. was born June 30, 1935 in Sikes, LA and went to his heavenly home on June 9, 2021 at his home surrounded by his loved ones. J.W., also known as “Spud” to some, served his country in the Korean War with the United States Army. Most of his life was spent at May Tie and Lumber Company where he poured his blood, sweat, and tears from 1965-2015. In his spare time, he enjoyed watching LSU baseball and football as well as the New Orleans Saints. He also enjoyed watching the Houston Astros and Colorado Rockies. He loved riding the grandkids on the 4-wheeler and giving them gum every chance he got, even the babies! One hobby that he enjoyed every Sunday with his “Shug” was going to the Paragon Casino in Marksville.

J.W. was preceded in death by his parents, Charlie and Gladys May and his sister, Helen Adkins.

To order memorial trees or send flowers to the family in memory of John Wesley May, Sr., please visit our flower store.