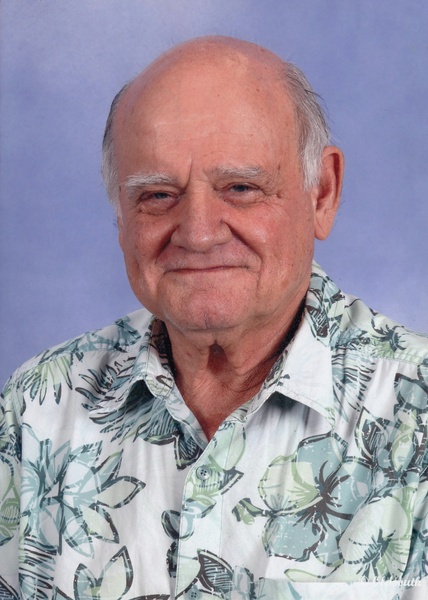 Joe was born on September 7th, 1946, in Columbia, Louisiana to Jack and Violet Simpson Key. He graduated Owensboro High School and studied at Brescia College in Owensboro, Kentucky. In 1991, he earned his bachelor’s degree at Northeast Louisiana University in Monroe, Louisiana. He then completed his master’s degree at NLU in counseling.

On September 25, 1973, he married Sandra Gomez Key in New Orleans, Louisiana. In 1975, they were both saved and baptized in Gretna, Louisiana. They raised one daughter, Ree Vanessa and one son, Joe Andrew. Joe was also father to two daughters from a previous marriage, Betty Gayle and Anna.

Joe first worked in the oil business for several years and later decided to complete his education. Once he achieved his masters, he worked as a counselor until he retired in 2014. After retirement, Joe finally found his true passion as a Spanish teacher at Old Bethel Christian Academy in Clarks, Louisiana. He taught juniors and seniors until 2020 when his health began to decline. Leaving OBCA, he said, was the hardest decision he had ever made. Joe also was the Republican Representative for the Board of Election Supervisors for Caldwell Parish for over two decades – a service he was very proud to perform.

Joe was first and foremost a Christian and a patriot. He was a dedicated family man and loved to laugh. He adored his wife and four children and was an excellent provider and confidant. He was the family jokester and reveled in his “dad jokes”, which in recent years, he would text to his daughter, Betty, every morning.

Joe was a beloved son and brother. When he moved back to Columbia in 1988, he would visit his parents every morning and drink coffee with them before going to work. For years he walked across the old bridge into Eastside to see them. He would usually give pages of his latest book, of which he wrote several and even had one published, to his father to “proofread”. After his father and then mother passed away, he began to visit his sister, Ree and brother-in-law Eugene every morning and drink coffee before work.

Joe was a loving and generous uncle to his many nieces and nephews. He loved showing them his “magic” tricks like rubbing a quarter in to his arm. They would stare at him in amazement, and he would grin from ear to ear. His home and his heart were always open to any family member or friend. He never met a stranger and loved to strike up conversations in line at the grocery store or in a waiting room. He was known for his quick wit, infectious laugh and his kind and light-hearted manner.

When he started teaching at Old Bethel in his late 60’s, it seemed as if his spirit had been renewed. He felt as young as his students and even started wearing blue jeans, which he had not done since he was in high school. He was devoted to his “kiddos”, and they absolutely adored him. He would have them over to his house every so often and Sandra would cook them traditional Honduran cuisine. The kitchen would be full of teenagers laughing and his face would be lit up with joy.

Joe loved and was very proud of all four of his children and his four grandchildren. His closest friends were all eight of his brothers-in-law from both sides of the family. His best friend and the light of his life was his beautiful wife of 48 years, Sandra. He doted on her and she took such good care of him. They loved to spend time together talking - mostly at the kitchen table, drinking coffee, having supper or playing dominoes. After they both retired, they spent most of their time together and would go shopping – which meant he would sit in the food court with a book while Sandra shopped - or going to out to eat and to the movies. At one time they went to IHOP every Saturday morning. She was his “Amor” (love) and he was her “Rey” (king).

Joe and Sandra’s main pastime was cruising and preparing for a cruise. They have gone on a total of twenty cruises together. They cruised Royal Caribbean, Carnival and Norwegian with destinations such as Cozumel, Roatan, Puerto Rico, Jamaica and the Bahamas. Joe would pack for months in advance often having to unpack, wash and repack his clothes right before a trip. He always brought mementos to his students, family, friends, and the employees at his favorite grocery store. He always said he could just stay on the ship the whole time and be content. Sandra would want to snap hundreds of pictures of him, and he would patiently oblige. Sometimes they brought travel companions and sometimes it was just the two of them, but each time Joe would say “That’s the best cruise I’ve ever been on!”.

Joe will be greatly missed, but his silly jokes will live on forever just as he would wish.

Joe was preceded in death by both of his parents, his sister, Loree “Ree” Key Robinson, his brother-in-law Albert Gomez, his sisters-in-law Digna Villanueva and Otilia Castro, three great-nieces Tabitha Brown, Katie Estep and Tristen Robinson and one great-nephew, Reed Brown. He is survived by his wife, Sandra, his daughter Betty Key Dupont, her husband Rhett and their children Henry, Jacob and Ruby, his daughter, Anna Key Jesus, her husband, Thomas and her daughter Sydney Papa, his daughter, Ree Vanessa Key, and his son, Joe Andrew Key and his partner Anna Péczeli, and his and Sandra’s first expected granddaughter, baby Maya, due later this fall. He also leaves his brothers and sisters-in law, a great many nieces, nephews, great nieces and great nephews.

To order memorial trees or send flowers to the family in memory of Joe Finlay Key, please visit our flower store.