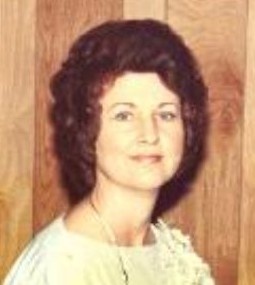 Funeral services for JoAnn Jackson Kelly, age 83 of Columbia, will be held at 10:00 AM, Tuesday, March 29, 2022, at Bethany Baptist Church with Bro. Ed Smith officiating. Interment will follow in the Duchesne Family Cemetery at Hebert, under the direction of Riser and Son Funeral Home. Visitation will be Monday, March 28, 2022, at the Bethany Baptist Church in Hebert from 5:00 PM to 8:00 PM.

JoAnn Kelly was born on July 10, 1938, to the union of her parents, Joseph Jackson and Marjorie Brown Jackson, and passed from this life on March 26, 2022, at her residence. JoAnn was preceded in death by her parents; a brother, Robert Jackson; a grandson, Robert Kelly; and her daughter-in-law, Lavon Kelly.

JoAnn was a member of Bethany Baptist Church, where she played the piano for over forty-five years. She was a loving wife, mother, grandmother, and friend. JoAnn loved working in the yard, planting flowers (her favorite being roses), painting, cooking, sewing, crocheting, bowling, and most of all spending time with her friends. She will be greatly missed.

To order memorial trees or send flowers to the family in memory of JoAnn Jackson Kelly, please visit our flower store.