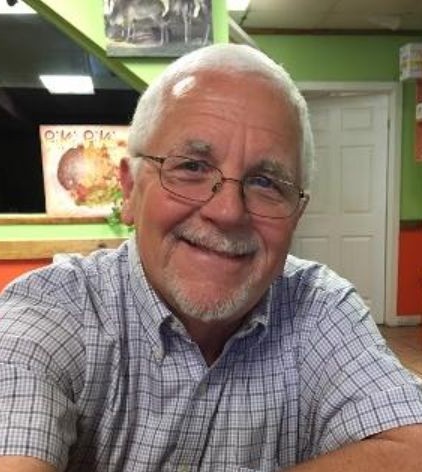 Funeral services for Jesse Alfred "JR" Powers, Jr., age 70 of Urania, LA, will be held at 10:00 AM, Wednesday, December 8, 2021, from the sanctuary of Urania Baptist Church, Urania, LA with Bro. Bo Prather officiating. Interment will follow at Alexandria Memorial Gardens under the direction of Riser and Son Funeral Home. A visitation will be held Tuesday, December 7, 2021, from 5 PM until 8 PM, at Riser Funeral Home in Olla.

JR was born September 15, 1951, in Alexandria, LA, to the union of his parents, Jesse Powers, Sr. and Joyce Middleton Powers, and passed from this life December 4, 2021, in Urania after an extended illness. JR was preceded in death by his parents; mother and father-in-law, Iley and JoElla Oxley; nephew, Joey Oxley; and his brothers-in-law, Benny Broussard and Max Oxley.

JR, lovingly referred to as Poppy by his girls or Pop Pop by their children, graduated from Northwestern State University in 1974 and enjoyed 34 years working in human resource management for both Louisiana Pacific and Georgia Pacific.

JR was a laid-back, easy-going guy, a trait he'd say was necessary for a man living in a houseful of women. He loved his coffee, his girls, and all clothing bearing an LSU insignia, in that order. Most of all, JR loved his beautiful bride of 47 years, Kay. It was important to him that the people around him be entertained. If you knew him, then you laughed with him. He was always up to try a new restaurant, frequent an old one, or drive his tractor for days on end. He was an unfailing light in his family's life and they'll always be so incredibly thankful for the time he was theirs.

To order memorial trees or send flowers to the family in memory of Jesse Alfred Powers, Jr., please visit our flower store.