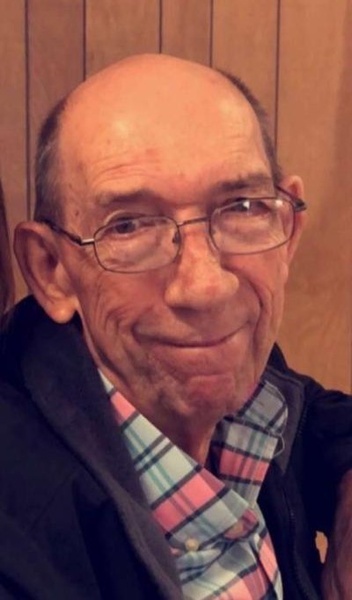 Funeral services for Jerry Wallace Douglas age 81 of Urania will be held 10:00 AM Thursday February 25, 2021 from the sanctuary of Standard Baptist Church with Bro. Chad Tibbs and Bro. Scott Smith officiating. Interment will follow in the Urania Cemetery at Urania with services under direction of Riser & Son Funeral Home of Olla and Columbia.Visitation will be at the church on Wednesday Feb. 24, 2021 from 5:00 PM to 8:00 PM. Jerry Douglas was born on September 15, 1939 at Baskin, LA to the union of his beloved parents, Willie Douglas and Jennie Belle Brown Douglas and he passed from this life on Monday February 22, 2021 at his residence in Urania following an extended illness. Jerry was preceded in death by his parents and by a sister: Shirley Harris and a brother: Howard Douglas. Jerry worked with Georgia Pacific, Ringer Oilfield Service and worked for nineteen years with the LaSalle Parish School System. Jerry was a member of Standard Baptist Church and during his illness he attended Tullos First Baptist Church. Jerry was a born again believer of Jesus Christ and lived his life serving his Lord and family and friends around him. Left to cherish a lifetime of memories is his wife of fifty seven years, Vonnie Cruse Douglas, his son: Randy Douglas(Lori) of Olla and a daughter Angie Borland (Buck) of Tullos; his brother: Roger Douglas of Maryland and two sisters: Margie Cruse of Jena and Carolyn Keen of Urania; his beloved grandchildren; Briana Borland, Trey Borland, and Mary Elizabeth Mack. Serving as pallbearers will be Trey Borland, David Cummings, Larry Powell, Rodney Shelton, Waymon Clark, Jay Dearmon, John David Rankin and Chris Morrow. Honorary pallbearers include Lance Coleman, Phillip Crawford, Dale McCartney, Paul Jones, Ed Lindsey, Aubrey Anding and James Greenfield. In lieu of flowers, any planned memorials may be made to Tullos First Baptist Church Building Fund, Tullos, Louisiana. 2nd Timothy 4: 7-8 KJV I have fought a good fight, I have finished my course, I have kept the faith: Henceforth there is laid up for me a crown of righteousness , which the Lord, the righteous Judge, shall give me at that day; but not to me only but unto all of those who love His appearing.
To order memorial trees or send flowers to the family in memory of Jerry Wallace Douglas, please visit our flower store.