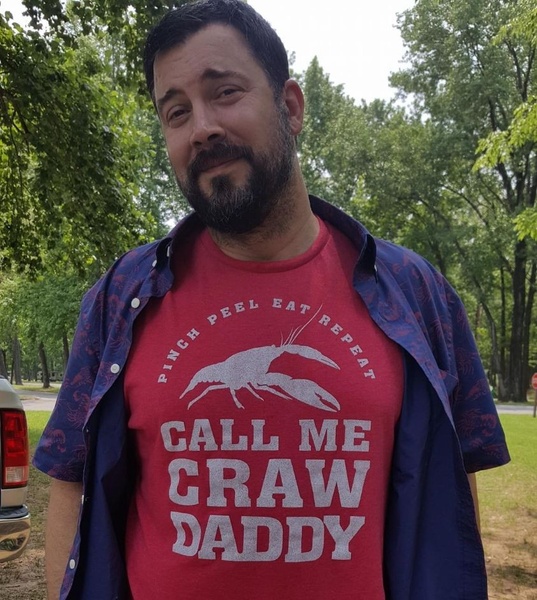 Funeral services for Jason Keal Carter, age 47 of Little Rock, AR, will be held at 10 AM, Saturday, August 7, 2021, at Clarks Baptist Church, Clarks, LA with Bro. Bob Boyt and Bro. Jack McKeithen officiating. Burial will follow at Old Bethel Cemetery under the direction of Riser and Son Funeral Home, Columbia, LA. The family will hold a visitation at the church on Friday, August 6, 2021, from 5 PM until 8 PM.

Jason Keal Carter was born December 19, 1973, in Columbia, LA to the union of his parents, Marvin G. Carter and Sherry Davis Carter, and he passed from this life on August 3, 2021, in Little Rock, AR. Jason was employed by Arkansas Children’s Hospital, and he loved his job there in Building Automation. He enjoyed fishing, grilling, and boiling crawfish. He listened to Frank Sinatra and entertained his friends with Karaoke and his dance moves, which included the Sprinkler, the Weed-eater, and Frying the Egg. His favorite football teams were the LSU Tigers and the Dallas Cowboys. He loved his dog, Indie, who he played fetch with. More than anything, Jason loved spending time with his family and friends. He loved just living life and having fun. He will be greatly missed. Jason was preceded in death by his grandparents: Mac and Yvonne Davis and Bunt and Alpha Carter.
Those left to cherish his memory are his parents, Buddy and Sherry Carter; his daughter, Shelby Carter; his girlfriend, Jennifer Stewart; brother, Heath Carter (Amanda); sister, Krissy Jolly; nieces and nephews: Eli Carter, Elizabeth Jolly, Brent Jolly, Blake Jolly, and Braxton Jolly; and Jodie Harper, who was like a brother to him.

To order memorial trees or send flowers to the family in memory of Jason Keal Carter, please visit our flower store.