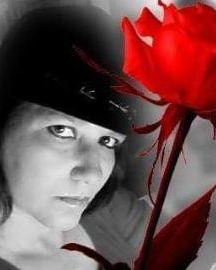 Annette Duchesne was born December 13, 1966, in Monroe, Louisiana to the union of her parents, Roy Duchesne and Jackie Harveston, and she passed from this life, December 7, 2022, at Cabrini Hospital in Alexandria, LA. To her family, Annette was OCD and BOSSY but she loved them and her animals tremendously. She was known for being a joy to be around, laughing and cutting up with. She never met a stranger and would help anybody she could. Annette enjoyed taking pictures, gospel music, wolves, and talking to whoever she ran across. Although she was bossy and said what she meant, she spoiled her dogs: PJ, Poppy, Coacoa, Stella, Bear, Chewy, Dora, and Tator-Tot, just like they were her children. Annette was preceded in death by her father, Roy Duchesne; her brother, Robi McClain; step-father, Pete Harveston; step-sister, Gail Harveston; and both her maternal and paternal grandparents.

Those left to cherish her memory are her mother, Jackie Harveston; her special friend, John Valentine; her daughter, Angel Lowry; her brother, Richie McClain (Hope); and her sister, Melody Harveston.

The family asks that in lieu of flowers, donations be made to Riser Funeral Home, PO BOX 57, Columbia, LA 71418, to help with the funeral cost.

To order memorial trees or send flowers to the family in memory of Jacqueline Annette Duchesne, please visit our flower store.