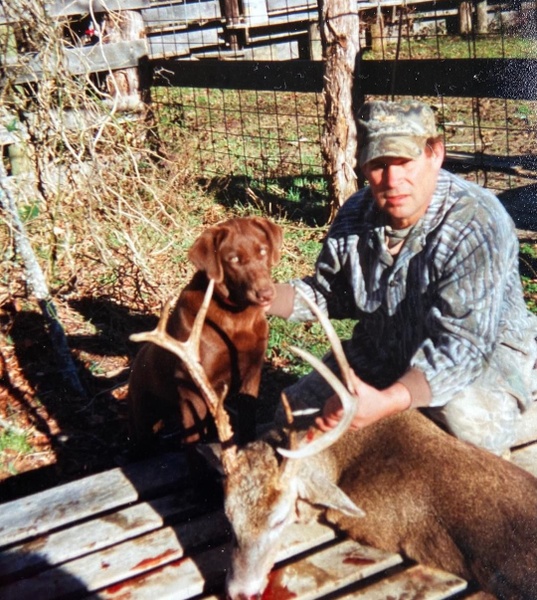 Funeral services for Henry Clyde Lewis, Jr., age 76 of Enterprise, LA, will be held at 10 AM, Friday, July 9, 2021 at New Ouachita Baptist Church, Enterprise, with Bro. Jeff Robinson and Bro. James King officiating. Burial will follow at Rosefield Cemetery, Rosefield, LA under the direction of Riser and Son Funeral Home, Columbia. The family will hold a visitation at the church on Thursday, July 8, 2021 from 5 PM until 8 PM.

H.C., as he was known by friends, was born March 30, 1945 in Harrisonburg, LA to the union of his parents, Clyde Lewis, Sr. and Inez McGuffee Lewis, and he passed from this life July 5, 2021 at LaSalle Nursing Center in Jena, Louisiana after an extended illness. H.C. was an active member of New Ouachita Baptist Church. He worked at Freeport-McMoran for 28 years before retiring. He was an avid outdoorsman who loved to hunt, fish, and look for arrowheads. His weapon of choice was bow and arrow. He was a member of Island Hilltop Archery Club and he competed in several different states for the Archery Shooters Association. More than anything he enjoyed spending time with his family but his true joy in life was his great-grandchildren. H.C. was preceded in death by his parents; son, Shayne “Sam” Lewis; grandson, Trevor Rogers; and sister, Dania Hutchins.

Those left to cherish his memory are his beloved wife of 57 years, Bessie Cassels Lewis; daughters: Suzanne Rogers of Jena and Annette Ford (David) of Delhi; grandchildren: Lindsey Rogers of Jena and Ashley Johnson (Max) of Winnsboro; great-grandchildren: Lettie and Lane Allwell of Jena, Aubree and Mabrey Johnson of Winnsboro; brother, Wayland Lewis (Shelia) of Natchez, MS; sisters: DouJuana Vincent (Mark) of Lodi, CA and Deniece Roark (Curtis) of Enterprise; brother-in-law, Rodney Hutchins of Harrisonburg; as well as a host of nieces and nephews.

To order memorial trees or send flowers to the family in memory of Henry Clyde Lewis, Jr., please visit our flower store.