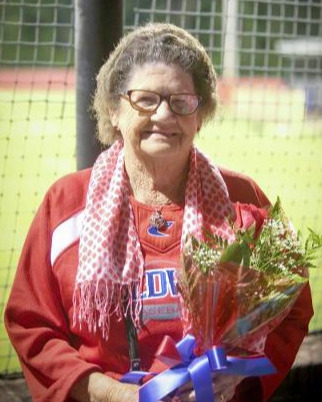 Funeral services for Elsie Voncil Parker Duncan, age 93 of Hebert will be held at 1:30 PM on Sunday November 27, 2022 from the Columbia chapel of Riser & Son Funeral Home with the Rev. Jeff Thomas officiating. Interment will follow in the Hebert Cemetery at Hebert next to her beloved husband  Charles W. "Buddy" Duncan. The Duncan Family will host visitation on Sunday from 10:00 AM until time of service at the funeral home.

Elsie Voncil Parker Duncan was born on March 23, 1929 at Bee Bayou, Louisiana to the union of her parents, the late Hubert Parker and Gracie Thorne Parker and she passed from this life on Friday November 25, 2022 at the Northern Louisiana Medical Center in Ruston. As one might expect she was a beloved wife, mother, grandmother, great-grandmother and great-great-grandmother and a sister to six other siblings who also preceded her in death. She was also preceded in death by her beloved daughter Sherry Haydel and her infant son Donald Duncan. She loved to bake and especially was a master of pies and candies of all types. She loved her hummingbird feeders and when there was spare time she loved the Game Show Network and traveling with her church groups. In her earlier years she was a faithful and active member of Start Baptist Church and in her later years she prefered  staying closer to home by attending the Hebert United Methodist Church, where she was welcomed and loved with open arms. She will truly be missed by her family, her friends and all those that crossed her path. Her foremost love in life was that of her family. She instilled in them love and respect which is also evidenced in their lives.

In lieu of flowers any planned memorials may be made to the Start Baptist Church, Start, Louisiana or the Hebert United Methodist Church, Hebert, Louisiana.

To order memorial trees or send flowers to the family in memory of Elsie Voncil Duncan, please visit our flower store.