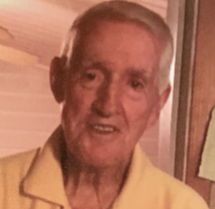 Earl K Long was better known as "Coach Long". He loved sports of all kind, whether watching or coaching. He was an inspiration to many young athletes. His own athletic career began at LaSalle High School. He lettered in four sports and was Allstate basketball his senior year of 1954. He played college Basketball at NSU in 1954, Jones Jr. College 1955 - 1958 and LSU 1958. He had a BS in Education from NLU. Coach Long had many successful years coaching football, basketball, baseball and track. He was at Caldwell Parish Jr. High from 1974 to 1976, La Salle High School 1976 - 1979, Grayson Elementary 1979 - 1984, and La Salle Jr High from 1984 - 1999, and two years at Old Bethel Christian Academy. He was blessed to have the opportunity to coach his children, grandchildren and great grandchildren. They were his greatest pride and joy.

The Long Family would like to extend heartfelt thank you to Outreach Baptist Church, caregivers Dianna Craft, Dana Tillman, Kenya Morris and Shannon Jewitt; friends and family and to all who have reached out.

Funeral services will be held at 10:00 AM, Friday, July 22, 2022, from the sanctuary of Outreach Baptist Church on Highway 4 West, Columbia with Pastor C. R. Martin and Bro. Keith Thomas officiating. Interment will follow in the Olla Cemetery under direction of Riser & Son Funeral Home of Olla. The long Family will receive visitors on Thursday, July 21, at the funeral home located on Main Street 165 in Olla from 5:00 PM to 8:00 PM.

To order memorial trees or send flowers to the family in memory of Earl K Long, please visit our flower store.