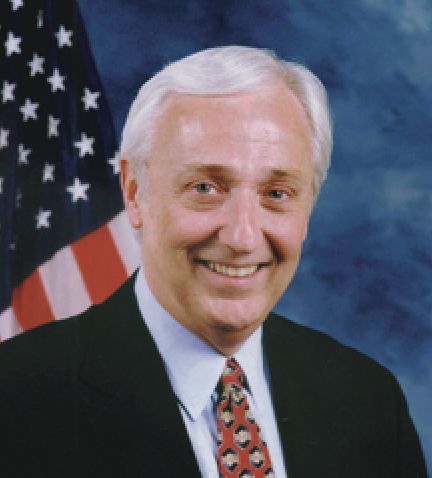 Cooksey was born on August 20, 1941, to Ruth Lee Cooksey and Henry Oscar Cooksey in Alexandria, Louisiana. He spent his early childhood years in Georgetown, Louisiana and later in Burlington where his father operated a lumber mill and building supply company. The family then made their home in Olla, Louisiana where his mother was an English teacher and guidance counselor for LaSalle Parish High School. John cherished his youth in Central Louisiana growing up alongside his younger siblings Betty and Hank and childhood friends with whom he maintained close friendships throughout his life. Watchful of the operation of the mill, Cooksey deeply valued hard work, education and commitment to one’s occupation, and these qualities remained defining tenets throughout his life and career.

Cooksey was inspired by his uncle, Charles Cooksey, a physician, to pursue a career in medicine. Cooksey attended Louisiana State University and after three years, short of a few remaining undergraduate courses, was admitted into medical school early. On account of his swift entrance to study medicine without technically finishing his undergraduate degree, he often enjoyed telling a patient on the operating table that he knew what he was doing despite not finishing college! During his final year on the Baton Rouge campus, he lived in dorms once located in the football stadium and remained a loyal Tigers fan throughout his life. Cooksey attended medical school at LSU in New Orleans. He completed internships at the Caldwell Parish Hospital where he performed numerous deliveries during his obstetrics rotation and later at Shumpert Hospital in Shreveport, Louisiana. During his internship in Shreveport, he met his wife Ann Grabill Cooksey and was married in 1967.

Before beginning his residency, Cooksey enlisted in the U.S. Air Force during the Vietnam War and served as a F-4 flight surgeon based out of Bergstrom Air Force Base in Austin, Texas with multiple tours to Thailand. From an early age, Cooksey maintained an unwavering devotion to his country and his fellow veterans. After the war, he maintained an avid interest in aviation, ultimately renewing his pilot’s license later in life. His first child, Karen, was born while he was on a military assignment. He always had a knack for showing up in the nick of time and managed to arrive at the hospital shortly after her birth upon catching a ride with another Air Force pilot back to Austin. Later in life, he would have another stint in Austin to study business and earn his M.B.A. at The University of Texas. At the end of his active service, John and Ann returned to New Orleans where he completed his residency in Ophthalmology at Ochsner Medical Center and continued to serve in the Air Force Reserve.

His choice of medicine as a career and specifically ophthalmology was symbolic on many levels as it gave him a clear vision for ways he could serve his community, his country, and people around the world. During his training at Ochsner, he formed indelible bonds with several fellow ophthalmic residents from Louisiana, Texas and California who were among his closest confidants, professional cohorts, and dearest friends. This tight knit group continued their friendship through the years with regular fishing trips off the coast of Louisiana, experiences which further solidified his deep appreciation for his home state, from its pine forests to its cypress bayous and its gulf waters.

With his love for his community, state and country, Cooksey was always intrigued by politics and the processes for policymaking. From his boyhood days, he recalled seeing Earl Long stopping in Lasalle Parish to deliver stump speeches during a campaign. Cooksey found it to be his civic duty to participate in politics and began in earnest with his involvement in the passage of state legislation addressing tort reform. His partnership with state and local leaders and fellow members of the medical community established him as an effective agent for change, able to work across party lines to attract support for legislation which was a model for many other states around the country. He held steadfast to his belief in the importance of participating in one’s governance and went on to become regional finance chair for multiple state and federal candidates in Louisiana and served as Republican convention delegate for Ronald Reagan. While keeping a toe in politics, he remained devoted to his medical practice in Monroe and always prioritized his patients. To John, his role as a doctor was so much more than providing medical treatment; he came to be known by his patients far and wide as not only their doctor, but also their friend and confidant. His phone number could always be found in the phonebook, and he dutifully met with countless patients after hours as part of his on-call commitments. He never let finances get in the way of providing care and often came home with a bag of sweet potatoes or ripe tomatoes in appreciation for his services, all of which spoke to his humble background and true connection to his community.

As an ophthalmologist he was one of the early adopters of the phacoemulsification technique in cataract surgery. He traveled around the world teaching the technique, honing his skills, and performing surgery. His travels abroad, military service and stewardship in the Methodist Church led him to pioneer an ophthalmic clinic in Kenya at a rural Methodist hospital. He orchestrated teams of ophthalmologists, nurses, and other volunteers to provide medical services, perform cataract surgery and deliver the gift of sight during these annual missions.

Once his children were out of college, he entered politics himself, as a candidate for the United States Congress on the notion that his career was that of a physician, but his elected duty would be to serve his community, state, and country. He ran for an open seat in a newly redrawn 5th Congressional District, and after being elected for three terms, he honored his self-imposed term-limit. He then ran for United States Senate with hopes of sending the first Republican since Reconstruction to represent Louisiana in the U.S. Senate. Being one of only a few physicians in federal office, he inspired other doctors to run for Congress, and he was always ready to lend his support. His greatest joy in representing the 5th Congressional District was not in D.C. but in the district itself, getting to know his constituents from all over Northeast and Central Louisiana. He knew no strangers and found his greatest fulfillment in listening to people’s stories and finding solutions to their problems. The number of people he came to know and impacted is beyond measure. His achievements during his time in Congress included funding for the four-lane U.S. Highway 165 that runs right through the heart of the 5th District and has become a vital artery for connecting North Louisiana to the rest of the state and beyond. He continued to practice medicine while in Congress and went to great lengths to keep his medical practice open and operating while fulfilling his obligations in Washington, D.C. He returned to his practice full time after his terms in Congress yet continued to support candidates and the greater political process throughout his life.

Upon retirement from medicine, Cooksey lived his remaining years at his farm in Caldwell Parish, a short drive from his hometown, finding his greatest joy in spending time visiting with friends and family at his cherished retreat. An avid reader, he amassed a vast library and had an unmatched knowledge of many facets of American and world history and current affairs. Cooksey may be remembered as a veteran, a doctor, a congressman, a pilot, a sportsman, a historian, a father, a grandfather, a mentor, a friend, but most of all he will be remembered for his genuine love and care for all people and fellowship with all he encountered. He was a listener and a storyteller. Chances are if you ever met him, he knew your name and if not, he knew your family or where you grew up. His love for his community will never be forgotten.

In lieu of flowers, donations may be made the to the First United Methodist Church of Columbia, PO Box 178, Columbia, LA, 71418 or online at www.donorbox.org/columbia-methodist-church.

To order memorial trees or send flowers to the family in memory of Dr John Cooksey, please visit our flower store.
Send a Sympathy Card