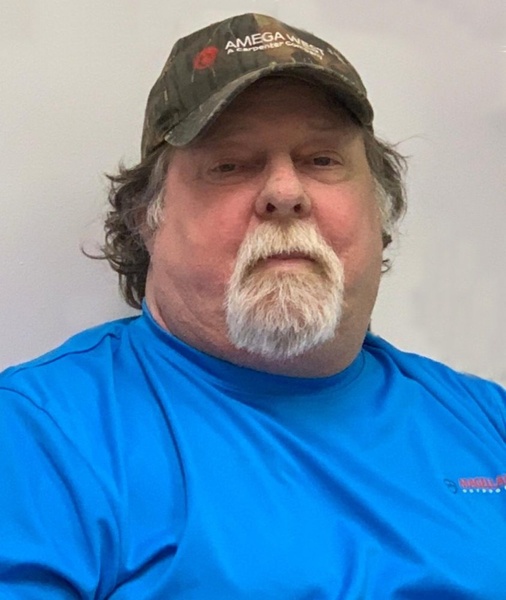 Funeral services for Donald Wayne Womack age 60, of Hebert Louisiana, will be held at 10:00 AM Monday, March 2, 2020 at Bethany Baptist Church in Hebert with Bro. Billy Lane McClanahan officiating. Interment will follow at Hebert Cemetery under the direction of Riser and Son Funeral Home, Columbia. Visitation will be Sunday, March 1, 2020 at Bethany Baptist Church from 5:00 to 8:00 PM. Donald Wayne was born in Columbia, Louisiana on September 9, 1959 to the union of his parents, Donald Ray Womack and Jerry Duchesne Womack and died February 28, 2020 at St. Francis Hospital in Monroe, Louisiana after an extended illness. He worked in the oil industry for many years. He loved his home of Hebert, Louisiana. He enjoyed visiting with family and friends. Donald Wayne never met a stranger. He had a love of animals, especially his cows. He enjoyed the outdoors and hunting hogs and rabbits was his favorite. He enjoyed watching NASCAR, football and other sporting events. Donald Wayne was preceded in death by his parents and his brother, Bruce Womack. Those left to cherish his memory include his wife, Rhetta Ainsworth Womack of Hebert; his daughter, Amy Womack Hudson; his son, Joshua Hooter (Veronica); his beloved grandchildren: Jackson and Kipper Hudson and Gabe and Rylee Hooter, and his brother, Kenny Womack. Serving as pallbearers will be Keith Fife, Scott Mullenix, Randy Duchesne, Ryan Murphy, Charles Cagle and Sambo Duchesne. Honorary pallbearers are Roger Wheeler, George Mullenix, Jerry Morris, Clint Warner and Joe Quarles.
To order memorial trees or send flowers to the family in memory of Donald Wayne Womack, please visit our flower store.