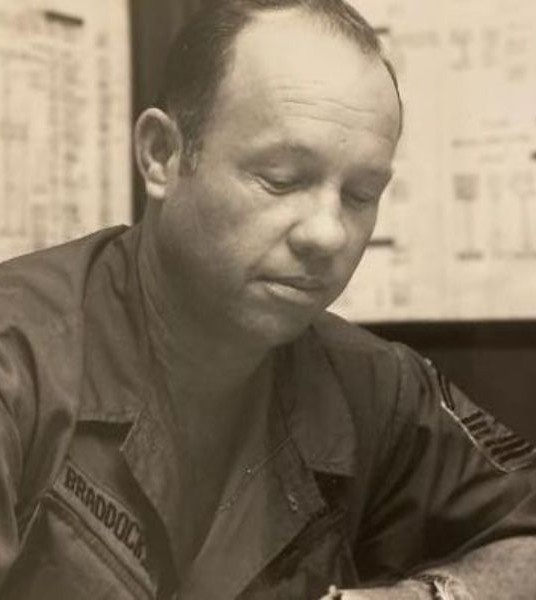 Funeral services for Dewey L. Braddock, age 89 of Columbia, will be held at 12:00 Noon, Saturday, October 9, 2021, from the Columbia chapel of Riser and Son Funeral Home with Bro. Shane Duke officiating. Interment with full military honors will follow at Welcome Home Cemetery at Grayson. Visitation will be on Saturday as well, from 10:00 AM until time of service at the funeral home.

Dewey Lee Braddock was born on August 22, 1932, at Riverton, Louisiana to the union of his parents, Vernie Edward Braddock and Violia Fisher Braddock and he passed from this life on Monday, October 4, 2021, at the Legacy Nursing Facility in Winnsboro following an extended illness. He was preceded in death by his parents, his first wife, Charlotte Braddock, and his brothers: Rueben Braddock and twins, Melvin and Elvin Braddock. He was a member of the First Baptist Church of Columbia and loved fishing and gardening. Dewey was known as a prankster and known for his storytelling. He served his country in the United States Air Force with twenty-three years of service, and also served in the United States Army for three years. Dewey loved to help those around him. He loved traveling the world over but absolutely loved New Zealand. He was a “Jack of All Trades” and a “Master of All.” Dewey had a heart of gold.

To order memorial trees or send flowers to the family in memory of Dewey Lee Braddock, please visit our flower store.