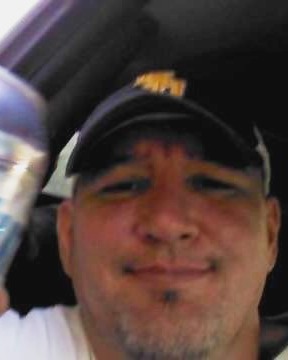 David Coy King JR was born in Jonesboro, LA on November 20, 1974, to the union of his parents, David Coy King SR, and Donna Jean Ramsey King, and passed from this life on November 7, 2022, at his residence in Olla. David was a country boy through and through. He was tough as nails, with a huge heart. David had various titles like, Dave, Super Dave, David Jean, hard head, Husband, Dad, Papaw, Son, Brother, and Uncle. Dave loved to Fish, four-wheeler ride, cooking, building fires, sitting on the porch, drinking a few, shooting the bull with his brother, and friends. Dave had his faults, but the love he had for his family and wife was endless. He cherished his girls and was so protective over them. Dave graduated LaSalle High School, where loved playing football. He made lots of memories in life, and he will never be forgotten. He was preceded in death by his Maternal and Paternal grandparents. Those left to cherish his memory are his parents, David and Donna; his wife, Melissa Buckalew King; daughters: Rachell King (Brant), Taylor King "tator bug", Presley King "Toot", step-sons, Jacob Jackson, Jagger Jackson (Madison), and Bryce Moore; his brother Joey King; his sister, Kelly King; grandchildren: Ensley Hinton, Anissa Hinton, baby Estelle is on the way, Jolee "Jean" Jackson, and Oakley Jackson; niece, Julia King; nephew, Corbin King; and a host of aunts, uncles, cousins, and friends.

To order memorial trees or send flowers to the family in memory of David "Dave" Coy King, Jr., please visit our flower store.