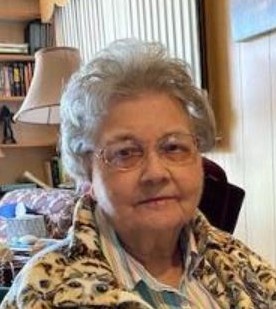 Funeral services for Daisy Richardson Gordy, age 100, of Grayson will be held 1:00 PM Tuesday January 11, 2022 from the sanctuary of Grayson Baptist Church. The Gordy Family will receive visitors at the church on Tuesday from 11:00 AM until 1:00PM. Burial will follow in the Welcome Home Cemetery at Grayson under direction of Riser & Son Funeral Home of Columbia.

Daisy Pearl Richardson Gordy was born on August 14, 1921 at Standard, LA to the union of her parents Milton Richardson and Lou Thomas Richardson and she passed from this life on January 7, 2022 at the Haven Nursing Center in Columbia.

Ms. Daisy was an active member of the Grayson Baptist Church until health made it difficult to attend. She was a loving wife, mother, grandmother and great-grandmother. She loved playing dominoes and the game Mexican Train. During World War II she participated in the Rosie the Riviter program and learned how to weld. She was employed at a time at the Baker Hughes Plant in Houston, Texas . She did her part to help the war effort here at home. To know Daisy was to love her. She was preceded in death by her parents and by her husband Otis Gordy, SR and her siblings: Elva Richardson, Edge Richardson, Virgil Richardson, Thelma Allen and Ruby Cramer.

To order memorial trees or send flowers to the family in memory of Daisy Gordy, please visit our flower store.