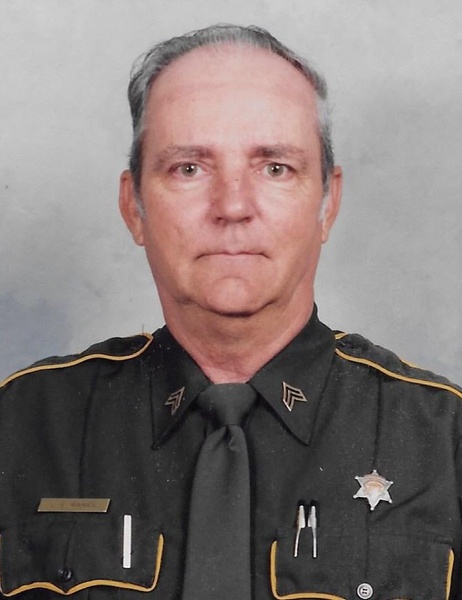 Graveside funeral services for Claude Eloy Washer will be held at 11 AM, Tuesday, March 24, 2020 at Cross Roads Baptist Church, Grayson, LA with Bro. Shane Duke officiating, assisted by Bro. Daniel Rogers and Bro. Tommy Nelson. Services are under the direction of Riser and Son Funeral Home, Columbia. Eloy Washer, age 81 was born April 8, 1938 in Columbia, Louisiana to the union of his parents, Claude Washer and Mamie Haddox Washer. On March 21, 2020, at his home in Grayson, LA surrounded by the loving arms of his family he passed to his new heavenly home, into the arms of Jesus. He was preceded in death by his parents, a sister Johnnie Waggoner and a brother Garland Washer. Eloy was a member of Cross Roads Baptist Church where he served as a deacon. He was loved and respected by his family and by all who knew him. He will be truly missed. He served his country in the Army where he was awarded a medal for Expert Marksmanship with a rifle. He worked in law enforcement most of his life and retired from the Caldwell Parish Sheriff's Office where he was a deputy. He also worked at and retired from the Ouachita Parish Jail where he served as a sergeant. He was an avid hunter and fisherman and was an expert with a bow. He coached boys' baseball and his granddaughters' softball teams. Coaching youth was rewarding and enjoyable to him. He is survived by his wife of 61 years, Joyce Stamper Washer; one son, Michael Washer and wife, Debbie of Walker, LA; three daughters: Doreen Ray (Ricky), Dena Rogers (Steve) and Darla Washer (Bennie Warner), all of Grayson, LA; grandchildren: Brooks Adkins, Jeff Washer, Melissa Gentry, Ryan Washer, Nikki Nettles, Sara Ray, Daniel Rogers, Dylan Rogers and Kyle Henderson; thirteen great-grandchildren as well as numerous nieces and nephews. Serving as pallbearers will be grandsons: Brooks Adkins, Jeff Washer, Daniel Rogers, Dylan Rogers, Ryan Washer and Kyle Henderson. Honorary pallbearers are the men of Cross Roads Baptist Church and Leon Scott. If you thought of him, but could not visit, we thank you for your thoughtfulness. If you inquired about his health but you could only wish him well, we thank you for your concern. If you bowed to ask God's blessings on him, we thank you for your prayers. We as a family wish to express our heartfelt appreciation. In lieu of flowers, any planned memorials may be made to Cross Roads Baptist Church Building Fund.
To order memorial trees or send flowers to the family in memory of Claude Eloy Washer, please visit our flower store.