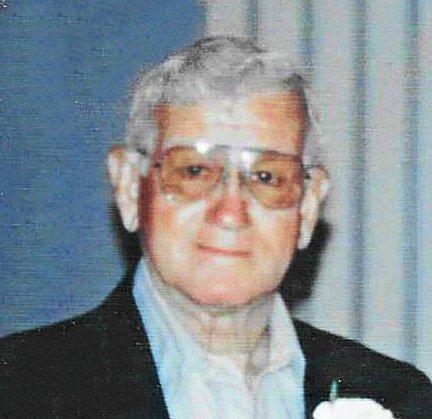 Services for Buddy Nugent, age 88 of Grayson, Louisiana will be held at 2:00 PM Thursday, December 1, 2016 from the chapel of Riser Funeral Home with Brother Shane Duke officiating. Interment will follow in the Welcome Home Cemetery in Grayson under the direction of Riser Funeral Home in Columbia. Visitation will be at the funeral home from 5:00 PM to 8:00 PM, Wednesday, November 30, 2016. Mr. Nugent was born in Holum, Louisiana on October 7, 1928 to the union of Andrew Nugent and Blanche Cruse Nugent. He passed from this life on November 29, 2016 at the V. A. Home in Monroe, Louisiana after an extended illness. Buddy served his country in the Air Force during the Korean War. He was a wildlife agent for 28 years, the Chief of Police in Grayson for twelve years, the mayor of Grayson for eight years, a jailer for Caldwell Parish Sheriff's Department for two years and a life-long Mason. He spent his life serving his community. He was loved by so many and will be greatly missed. He was preceded in death by his parents; his beloved wife, Jewel Baum Nugent; his granddaughter, Stacey Nugent Riales; brothers and sisters: Andrew Nugent, Olan Nugent, Marie Finley, Ann Mercer and Essie Wilson. He is survived by his sons: Calvin Ray Nugent and wife, Johnnie, Dennis Wayne Nugent, Terry Allen Nugent and wife, Diane all of Grayson; his daughters: Patsy Darlene Hart and husband, Ricky of Columbia; Cindy Kathlene Nash and husband, Dion of Jones; Vickie Marlene Darden and husband, Butch of Grayson; his grandchildren: Stephanie Knight, Kimberly Allbritton, Shane Nugent, Casey Nugent, Joey Nugent, Kristie Nugent, Melissa Bratton, Brandon Nugent, Miranda Holley, Daniel Hart, Donna Parker, Dawn Plunkett, Dolph Darden, Cody Nash and Dustin Nash; and thirty-six great-grandchildren. Serving as pallbearers will be Shane Nugent, Casey Nugent, Brandon Nugent, Daniel Hart, Dustin Nash and Dolph Darden. Honorary pallbearers will be Cody Nash and Joey Nugent.
To order memorial trees or send flowers to the family in memory of Buddy Nugent, please visit our flower store.
Send a Sympathy Card