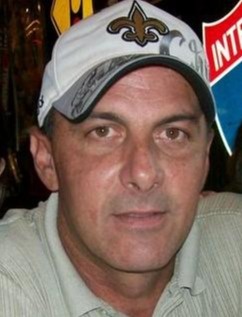 Brian Alfred Saxon was born March 2, 1968 to his parents, Joe Glen Saxon and Helené Diane Saxon (neé Hall), in West Monroe, Louisiana. He passed away on July 5, 2022 at his home in Wylie, Texas, surrounded by the love of his family.

Brian was a graduate of West Monroe High School Class of 1986. He continued his education at Louisiana Tech University where he earned a degree in Electrical Engineering in 1992. Following graduation, Brian worked in the telecommunications field for 30 years. During this time, he worked on many cutting edge technologies. He always said the best part of his job was that his work was team-based and he had the opportunity to work with some of the best people, many of whom became like family.

Brian was a proud Staff Sergeant of the Louisiana National Guard 528th B Company, West Monroe from 1986 until 1992.

He is survived by his wife, Dina Nugent Saxon; his eldest son, Eric Saxon; his daughter, Morgan Saxon LaFavers, and her husband, Shayne LaFavers; his youngest son, Clayton Saxon, and his wife, Kayla Saxon; his grandsons, Landon Saxon and his yet-to-be-named unborn brother; his mother-in-law, Margaret McGraw, and father-in-law, Danny Nugent; his brother, Danny Saxon, and his wife Debbie Saxon; and numerous nephews, nieces, cousins, and friends. Brian is preceded in death by his grandparents, Alfred and Corene Saxon; his parents, Joe and Diane Saxon; his father-in-law, John McGraw; his brother, Joey Saxon; and his sister-in-law, Carla McGraw.

A graveside service for Brian led by Brother Travis Sanders will be held at Fellowship Cemetery in Columbia, Louisiana, on Saturday, July 9, 2022, at 10AM. Potluck to follow at Fellowship Baptist Church Fellowship Hall, 136 Fellowship Road, Columbia, LA 71418. Services are under the direction of Riser and Son Funeral Home, Columbia, LA.

To order memorial trees or send flowers to the family in memory of Brian Alfred Saxon, please visit our flower store.
Send a Sympathy Card