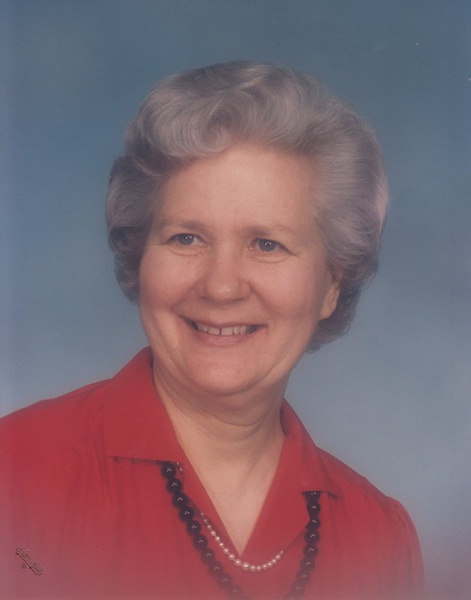 Billie Charlene Specht Moulder, a loving mother, wife, grandmother, and great grandmother, passed away on November 30, 2020, at the age of 89 in Winnsboro, Louisiana. She was born on May 15, 1931 in Smithfield, Texas as the seventh of nine children of Charles and Hellen Allen Zartman. The viewing will be held on December 5, 2020, at Riser Funeral Home from 10am-11:45 pm, due to the pandemic, masks are required for the viewing. A graveside service will be held on December 5, 2020, at Rosefield Cemetery from 12:30-1:30. Interment will be at Rosefield Cemetery. Branch President Kerry Harper of the Church of Jesus Christ of Latter-Day Saints will conduct the graveside service. She was preceded in death by her parents, both of her husbands, her daughter Hellen (Joe) Slade, as well as many of her brothers and sisters. She is survived by her daughter, Margaret (Larry) Hathcock; and brother, Olin (Ann) Zartman; as well as numerous grandchildren and great grandchildren. Billie was a vibrant child who was curious about life and loved spending time with her family and friends. As an adult, she met and married Walter Specht in 1950 and they had two children. Margaret and Hellen. Billie and Walter raised their family In Bay City, Texas and later moved to Lafayette, Louisiana, where Walter then passed in 1985. Billie was affectionately known to her grandchildren and great-grandchildren as Mama Boots, a name which she held in high honor. She was a bright light to all around her and her compassion and generosity knew no bounds. She is fondly remembered by all who knew her, with many stories and memories that showcase her spunky and witty personality. Billie served in several volunteer capacities in her church, The Church of Jesus Christ of Latter-Day Saints, to include Relief Society (Women’s Organization), and Primary (Children’s Organization). She also volunteered in the Dallas Temple for The Church of Jesus Christ of Latter-Day Saints. She married A.G Moulder in 1990, where she gained two additional children, Jim (Pat) Phillips and Cissy West. Together they served in the Dallas, Texas; Atlanta, Georgia; and Baton Rouge, Louisiana Temples for The Church of Jesus Christ of Latter-Day Saints. They also served a mission in the Manilla, Philippines for two years. Her health slowly declined over the last several years and she finally stepped across the veil to meet those who preceded her and receive her eternal reward. The family would like to thank Legacy Nursing Home for the care and love that was shown to Billie in her time there and leading up to her final days.
To order memorial trees or send flowers to the family in memory of Billie Charlene Moulder, please visit our flower store.
Send a Sympathy Card