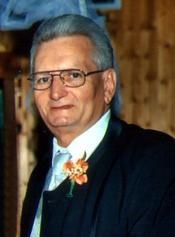 Funeral services for Alton Johnson, age 86 of Urania, will be held at 2 PM, Saturday, March 21, 2020 at the chapel of Riser Funeral Home, Olla, LA with Bro. Elzie Johnson and Bro. Jerry Johnson officiating. Interment will follow at Harris Chapel Cemetery under the direction of Riser Funeral Home, Olla. The family will receive visitors at the funeral home in Olla from 11 AM until 2 PM, Saturday, March 21, 2020. Alton Fife Johnson was born October 19, 1933 in Franklin Parish to the union of his parents, Jack Johnson and Francis Lord Johnson, and he passed from this life March 20, 2020 at the LaSalle Nursing Home, Jena, LA after a brief illness. Alton worked hard all his life and was a wonderful provider for his wife and children. As a young man he worked on the farm picking cotton and he drove a log truck for a while. He spent many years working at Angola State Penitentiary as a correctional officer. He retired from there and went to work at LaSalle Correctional Center. He retired from there also, but after that retirement he made fishing his "job." He loved to fish and talk about fishing. He enjoyed the outdoors and when he was younger he enjoyed deer hunting as well. Alton was a huge LSU fan, he was outgoing and loved to talk to people. In his later years you could find him sitting on his porch listening to his radio. Alton loved his family dearly, especially his wife Helen. He was always there to help them in any way he could. He will be greatly missed by family and friends alike. Alton was preceded in death by his parents, his beloved wife, Helen Louise Johnson; his son, Lamar Johnson; daughter, Theresa Shelton; and brother, Kenneth Johnson. Those left to cherish his memory are his daughters: Pamela Johnson, Robbin Johnson, and Kathy Johnson all of Urania and Debbie Johnson of Olla; brothers: Elzie Johnson (Joy) of Urania and Jerry Johnson (Susie) of Winnsboro; nine grandchildren, twenty great-grandchildren and five great-great-grandchildren, as well as numerous nieces, nephews and friends. Serving as pallbearers will be Shawn Soileau, J. W. Sumrall II, A. C. Carter, Aaron Johnson, Allan Shelton and Chris Heinley. Honorary pallbearers are Justin Strong and Todd Prince.
To order memorial trees or send flowers to the family in memory of Alton Fife Johnson, please visit our flower store.